35 Week belly! (6/29) I thought since it's getting so close, I'd start taking photos every week instead of every two weeks. 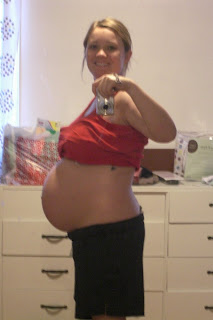 We had a wonderful coed baby shower this weekend, hosted by Kambra. It was a blast - we played a relay race that included a 'pregnant' Hemmer and Kevin, Ian and Amy bobbing for 'poo', a diaper-making race, and beer chugging from a bottle.
Making the diapers... 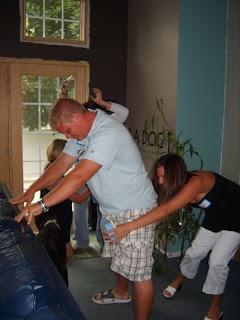 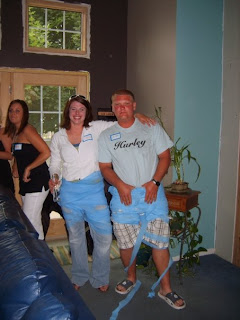 We were also glad that Sean made it - for those of you who don't know, Sean is one of the Posse and is currently teaching English in Africa with the Peace Corps. Before he left and before our wedding last summer, he tried on the groomsmen's tux and had a photo taken, which Mat then turned into a (almost) life sized cutout. So he hangs out with us still. 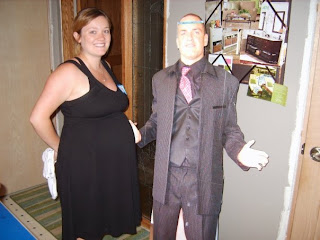 Here are some of the onesies our friends made - some he might not be able to wear out in public, but that's okay! 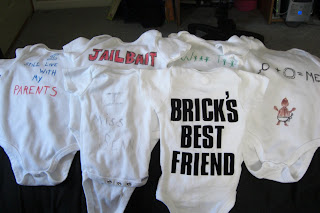 And this will be Oliver's hospital outfit - created by Mat. I laughed so hard I cried. 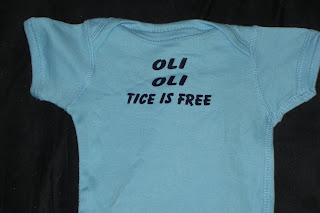 We also played a crazy game of pictionary, and I think several of the guys learned some things about childbirth they really didn't want to know. Ian really showed off all that he has learned in class so far!
Posted by just a mama... at 11:37 AM No comments: 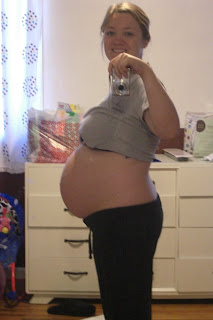 Here are a few photos of the onsies and bibs that my family decorated at the shower! 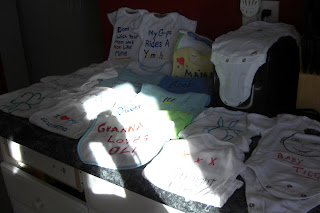 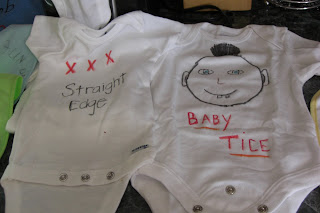 We had a family baby shower this weekend, and it was wonderful! Got lots of great baby gear, including some creative and hilarious hand-made onesies! We had a lot of fun. 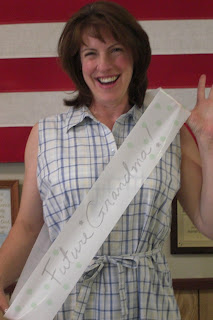 We're all concentrating very hard on the games - they were hard! 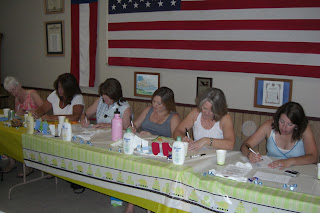 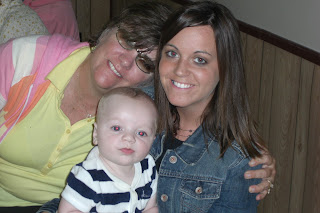 One of the many wonderful and cute baby gifts! 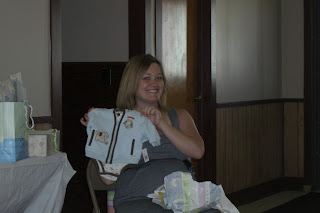 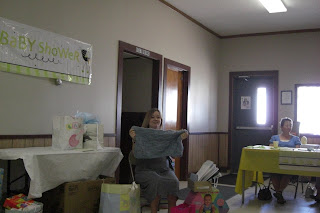 Belly pics from the last 2 weeks...! I'm getting rather big. I have been hearing the surprise in people's voices when I tell them that I still have 2 months til his due date. Oh well! 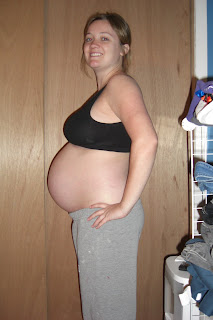 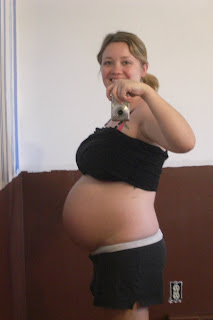 Ian heard Baby's heartbeat last night - just by putting his ear up to my tummy! Isn't that cool? I told him I wish I was flexible enough to listen!
Posted by just a mama... at 9:11 AM No comments: